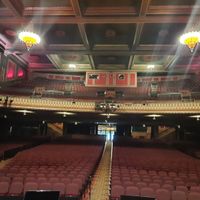 Dallas Moore Band: The Honky Tonk Road Warrior! Dallas Moore has been performing at Honky Tonks for over 20 years. He’s recorded 10 Albums including his latest Album “The Rain”. Dallas has been featured on Rolling Stone Magazine among many others. Dallas is an Outlaw Artist that you don’t want to miss!

Craig Hendricks: Craig is a Singer/Songwriter from Mentone, AL. Craig is currently in the studio recording his 1st EP under Century Music in Nashville, TN. Craig has been nominated by the Alabama Music Awards and by The Josie Music Awards for Best Male Country Singer. Craig brings his unique character and smooth style to each show he performs.

Ashley Best: Ashley Best is a Singer/Songwriter, He released his debut EP “I Believe” in 2018, scoring him 2 #1 Hits on National Radio Hits and Independent Music Network with his songs “Cowboy” and “Nothing Ever Seems To Do”. Ashley also received an award in 2019 for “Favorite New Discovery Artist” from the Independent Music Network. Ashley released his 1st Album in January 2022, titled “Something”, which has already been nominated for “Country Album Of The Year” by The Josie Music Awards.